The Story Behind My Endometriosis 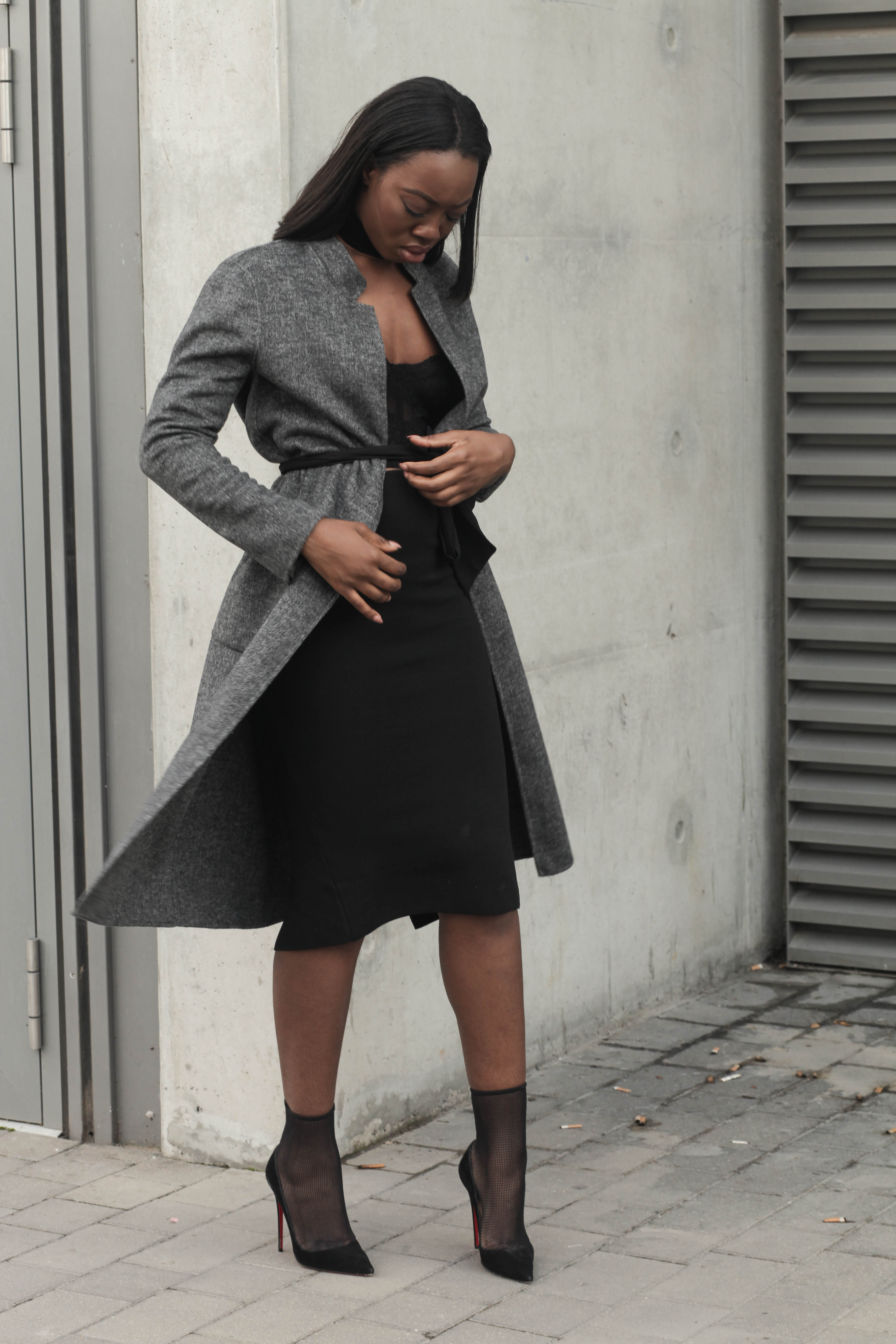 Disregard the pretty outfit picture. This post is going to be about what I’ve been suffering with in real life. I know a lot of girls and women suffer from this and it’s not widely discussed. I don’t even think there is enough information or even general knowledge in regards to the illness but I’m about to keep it all the way real and tell you about my whole experience with this little bitch called Endometriosis. For a long time I’ve had very heavy periods. I’m the kind of girl who has to wear and tampon and a pad and change them both two every hour otherwise the consequences are socially dire. I’ve never known why I’ve had heavy periods, I’ve always just assumed it was something that I’ve always dealt with but when I think back, I realise this was not always the case. I used to put my heavy periods down to the fact that my periods would only ever last 3 days but I soon realised that it was abnormal.
Not only did my heavy period ruin my life for a couple of days a month they also introduced me to the shitty world of Anaemia. Being anaemic means that I don’t have enough iron in my blood and this affects my haemoglobin levels. This means that it’s hard for me to wake up in the morning or even go to the gym because I have no iron and that means that I have no energy and sometimes less oxygen. I was told by several doctors I was loosing so much blood during my monthly periods that it caused me to become anaemic. They prescribed me with a contraceptive pill as well as something that would help lessen the flow.
Now, I realise that my diagnosis was a bunch of bullshit regurgitated by doctors who had to adhere to their 5-10 minute patient slots and they didn’t really take the time out to help me properly because they simply couldn’t. I started to notice that every time I had bowel movements during my periods I would get a sharp pain as if someone was stabbing me which made me dread them. This happened to me every single time for the first day or so and I though it happened to every girl. I didn’t think it was abnormal. Now that I’ve been through what I have I know that THIS IS NOT NORMAL and the reason for this excruciating pain was due to me having endometrial tissue on my bowels.
Now lets go back in time to January this year. I was at work as I was having period pains. Now, funnily enough, I never usually have period pains but only ever on occasion. I remember I was getting up to visit another office but my pain started getting worse. I thought it would be okay and I could walk the pain off or take some ibuprofen but the pain continued to escalate extremely. I remember I had an overall ache across my ovaries and my back but between every 10 second interval I would get the sharpest of pain that made my eyes water. There are literally no words in the human language that could describe this pain but the closest thing I could think of would be like contractions when one is going into labour.

I’ve read a lot of forums on Endo and many women have said that the pain of Endo is incomparable to labour and that Endometriosis actually hurts much more than having a human child – CAN YOU IMAGINE. The pain became so unbearable that I started to faint every so often. Bare in mind I’ve never fainted before so this whole experience was terrifying. An ambulance was called but didn’t turn up for 2+ hours! Eventually my colleague called a cab for me to take me to the hospital. Unsurprisingly I fainted in the taxi too because the pain was too much to bear. We got to the hospital and I couldn’t even walk in. The pain was so bad that I couldn’t move my legs. I couldn’t even open my eyes to see because they were filled with tears and honestly I was so delirious at the time. They got me a wheelchair and it took me about 10 minutes to be able to sit down in it. Over the course of 4 hours I was put in a hospital bed and given heavy painkillers which knocked me right out – anything better than the ordeal I had been through. As time went by after the ordeal I would still suffer from the pain but it would come and go in stages. I must have seen about 7 different doctors a total of 15 different times over a course of 6 months.

I was told that they believed it was a cyst on my ovaries that had burst- yet another diagnosis with no tested grounds. I had so many scans internal, external and manual. I literally had every kind of scan you could think of and no one really knew what was wrong with me. It was all just guess work. Eventually I became really depressed by my situation and it was disappointing that I was in and out of hospitals and doctors surgeries and no one knew what was wrong. Also, I felt as if myself and my illness were becoming a burden on my friends and family who didn’t understand and thought I was exaggerating. I felt that no one really understood what I was going through.

Eventually I was referred to a pelvic specialist who told me that he believed that my ovaries were stuck to the wall of my uterus but even if that wasn’t the case, he would find whatever it was that was causing the pain and see to it. My surgery came as a real last minute surprise and the recovery was hard. The pain got worse and the medicine stronger and I felt useless for a while. I had laparoscopic surgery and I was cut into through my belly button and two more incisions were made below my ovaries. They found endometrial tissue on my left ovary and on my bowels and removed it. They also found a small fibroid growing on my ovaries which could be the result of my anaemia as fibroids live off of your blood.The experience was a life changing one but it made me realise that there is not enough information or help on Endometriosis.

Endometriosis by definition is ‘a condition resulting from the appearance of endometrial tissue outside the womb and causing pelvic pain, especially associated with menstruation‘

So, to elaborate, the tissue that normally lines the inside of your uterus begins to grow outside of your uterus involving your ovaries, bowels or pelvis. It’s not normal to have painful or super heavy periods. It’s not normal for painful bowel movements during periods. If you feel like you can relate to my symptoms then tell your GP ASAP! It’s so serious and Endometriosis can lead to infertility if it’s not dealt with the right way. Many women are suffering in silence and they don’t know what they are suffering from. I didn’t even know I had Endometriosis until I had the surgery which goes to show how misinformed I was. Please feel free to ask my any questions on here or privately over email on info@melissaswardrobe.com