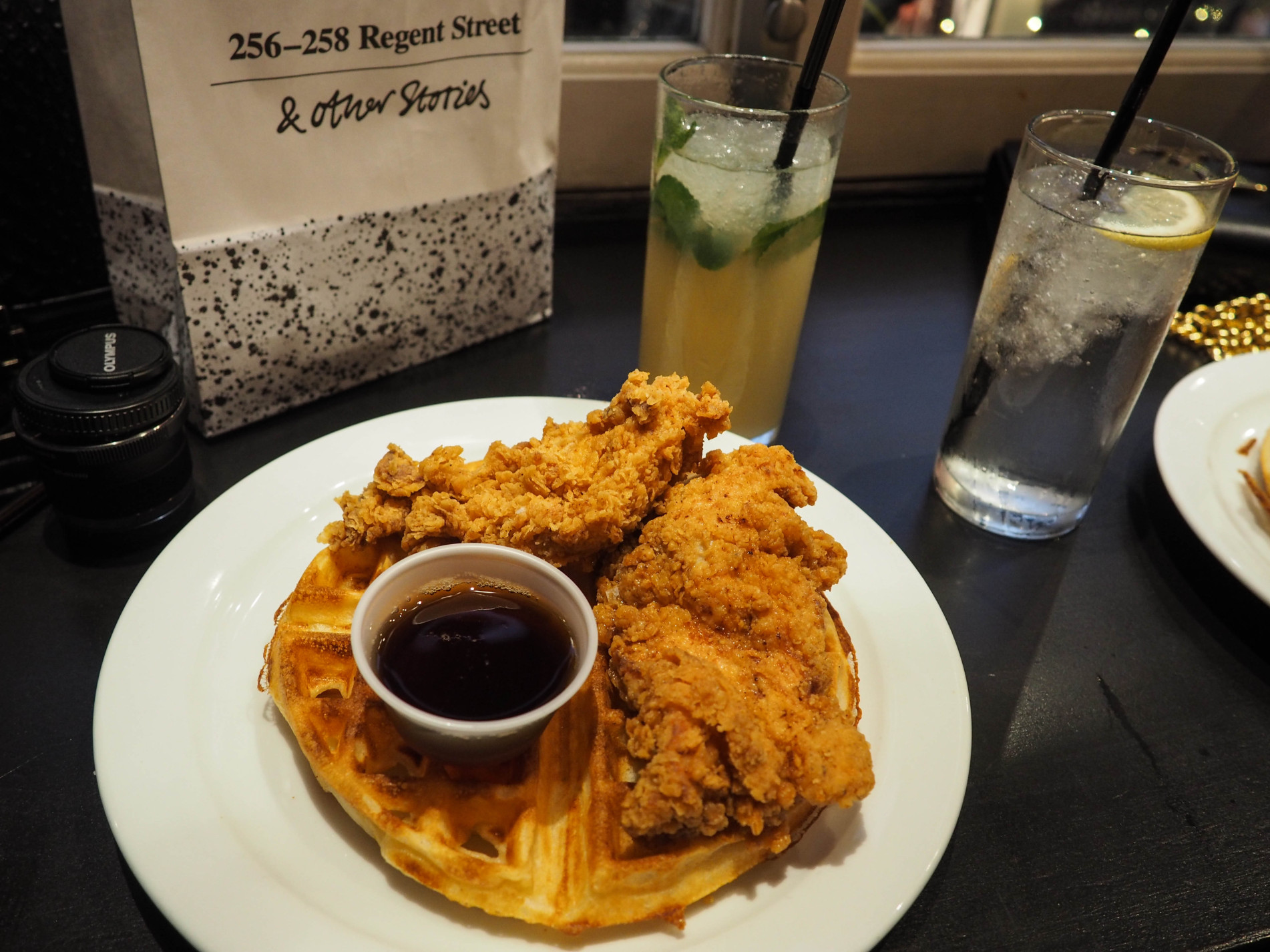 How can fried chicken be basic?

I visited Stax in Kingsly court after Christmas time purely by chance since Fis and I were hungry. I hadn’t heard much about it prior but I had walked past it a few times and was quiet inquisitive (it specialises in chicken and waffles… apparently). We decided to go in because Rum Kitchen was fully booked and the wait was unreasonable.

Stax is really really small.Comparative to my bedroom actually. It’s quiet cosey and the tables are quite close together (don’t go there expecting to have a deep conversation/gossip because everyone will know your business. You’re basically sitting on each others heads). We were originally seated by the door which wasn’t great as it was so cold and the wind was so sharp. People kept on coming in and out and it’s so distracting whilst trying to eat your food. We asked to be moved to a different table but the waitress really made us feel like we were inconveniencing her which gave off a horrible vibe.

The cocktails are really nice. I had some elderflower prosecco mojito fusion. Very sweet and full of liquor which is always a fave as were the chips and funky mayo. The rest of the food was very basic. The fried chicken was very plain and the waffles weren’t anything to talk about. The syrup that came with is was really nice though. We also had popcorn chicken but I must say it was comparable to freezer food which is unfortunate. I wish we had more of a warmer welcome from the staff. I definitely won’t visit stax again and I’m content with that.