BERNERS TAVERN AT THE LONDON EDITION 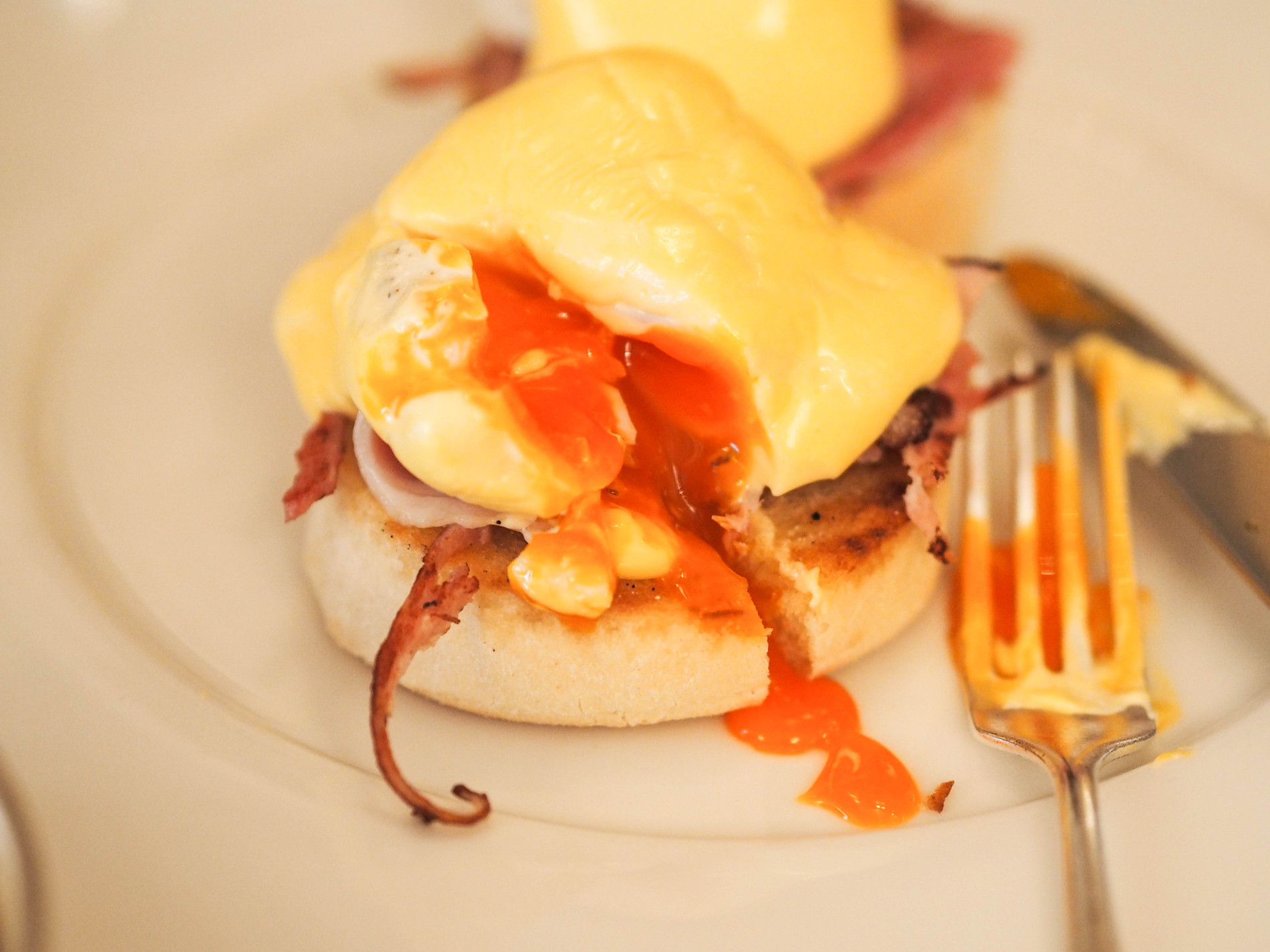 Is the food as delicious as the decor?

I visited the Berners Tavern at the London Edition two Saturdays ago to have a quick bite to eat with Fisayo. I was quite excited to go as Fisayo claimed that it was quite hard to book (so she heard from a friend) but I had no issues with this due to using open table. The decor is absolutely fabulous! It’s such a grand, stylish venue that has a creative twist on old english interiors. The high ceilings and boisterous chandeliers are enough to talk about!

The service was up and down sometimes efficient, a lot of times, unjustifiably slow as the venue wasn’t full to the brim with guests. We went to have brunch and arrived at 11am so we were able to order off of the breakfast menu. We ordered french toast (a meal that consistently sits in Fis’ and I’s “food common ground” if you may), pancakes and eggs Benedict to add some savoury flavours in between all the sweet.

The french toast was TO DIE FOR. Crisp and crusty on the outside and warm and fluffy on the inside. It was served garnished with bacon which is always a plus for me but this bacon was a little too overcooked which meant that it was so crispy that cutting into it cracked the thin slab into tiny pieces – Not a fan. I would have also preferred if the maple syrup wasn’t already manually poured by the staff. I would have been great to have our own readily accessible pot as I like to go OTT with syrup.

The pancakes were served with bananas, hazelnuts and Nutella chocolate. I’m not a fan of bananas but throughly enjoy all the other features so we asked for it all to be on the side of the pancakes. I got the concept of the pancakes but if I’m honest, it made the pancakes very dry in a stick-to-the-roof-of-your-mouth kind of way. This dish alone allowed me to realise why pancakes are normally served with syrup – obviously as some kind of dough lubricant – and why crepes are usually served with Nutella rather than pancakes. It just doesn’t work.

I really did enjoy the pancakes by themselves but I wish there was on option to order with syrup instead of all of those fun and games condiments.

The egg benedict was basic AF. Way too salty for my liking and the bread (something that I would usually expect to be an english muffin) had a sourdough vibe to it which we both did not appreciate.

I think the Berners Tavern is a great place to visit for the wow factor alone. I wouldn’t recommend it if you’re really trying to throw it down and eat like Shrek but I would 1000% go back for the French Toast alone.

A pot of green tea