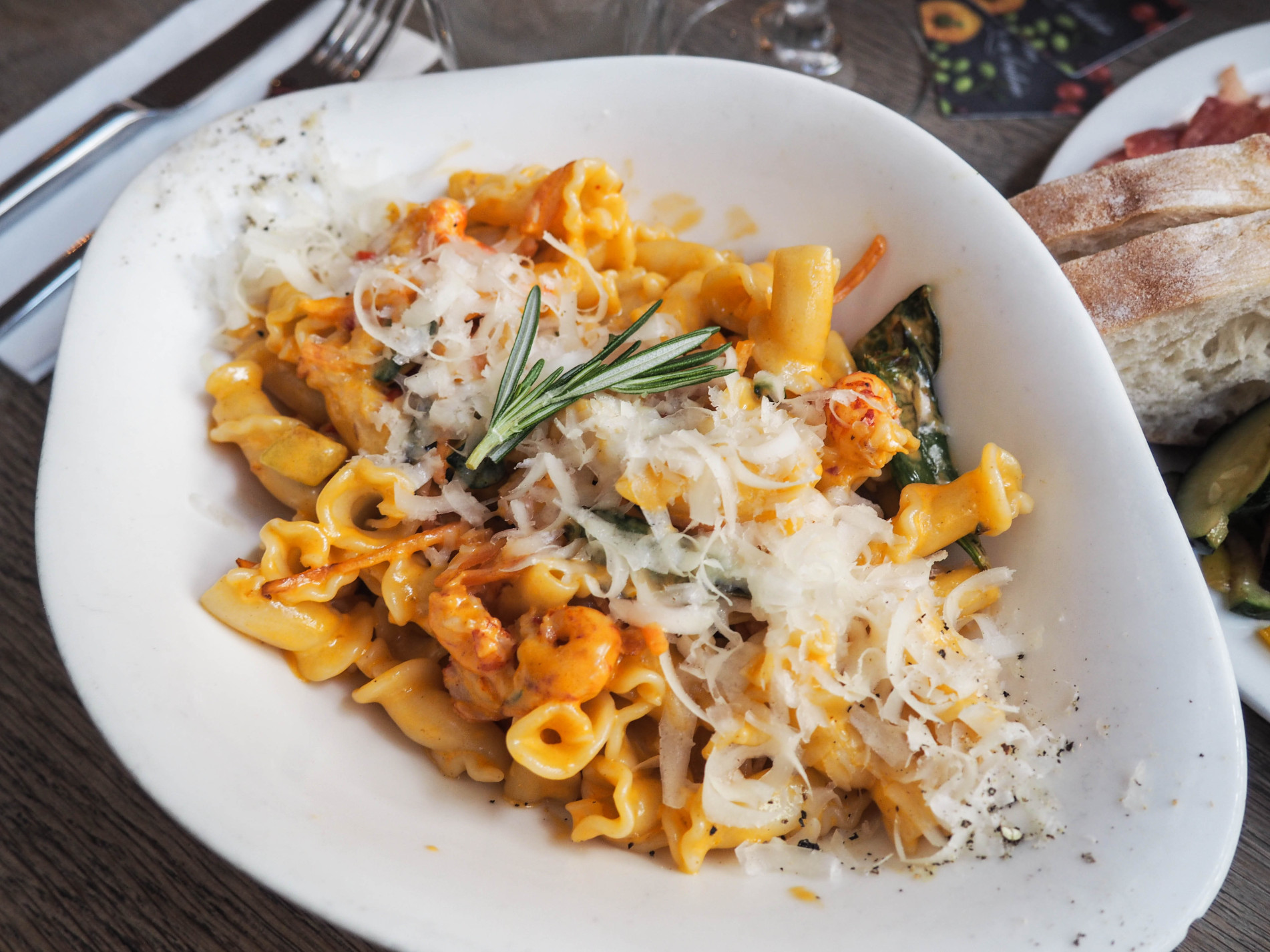 Food Made Fast. Not Fast Food.

Hey guys! I hope you’re well. This post was supposed to be up yesterday but I’m styling a photoshoot this weekend as well as putting the finishing touches to an interior project so the blog really isn’t at the forefront of my mind (unfortunately). I’ve really got to get better at the time management thing that I spoke about last time.

Anyway, I was invited to Vapiano a few days ago and took my friend Linda along with me. It’s been over 3 years since I last visited Vapiano but I’m quiet familiar with the restaurant regardless. When you get to Vapiano, you’re given an electronic card. This card is to track all of your consumption i.e. food, drinks desserts, and at the end of your visit you go to the reception till and pay for everything at once. It’s such a cool concept and the card has a touch-type function that you touch on the big silver readers situated at the food counters and bar.

The restaurant is broken down to several different food counters which serve different types of Italian food. There’s one side for pasta and risotto another side for pizza and calzone. On this occasion, I didn’t have the pleasure of going up to the counter and taping my card/collecting my food because we had the pleasure of being served directly by the manager Simone which was even better. He was very charming and ran through the whole menu and suggested dishes that he thought would be best suited to our taste.

We started off with an Aperol spritzer which is quite a famous drink in Italy. It’s a mix of Aperol, prosecco, soda water and a slice of orange. It’s not as sweet as I assumed it to be because I thought that Aperol was somewhat of a sweet grenadine mixer but it wasn’t actually sweet at all. It was very fresh and tastes similar to a white wine spritzer. It actually tastes like summer in a glass! I had the Granchi Di Fume pasta dish which was a mix of crayfish fresh veg in a lobster sauce and my friend had the Gaberetti Spinachi pasta dish which was a mix of fresh cream, prawns spinach and basil pesto.

There’s not much more to say other than the food was bloody amazing. The pasta at vapianos is always cooked to perfection. They have special ‘pasta boilers’ if you may that cook the pasta up until a specific time to make sure that the pasta is cooked properly. My dish was amazing. The lobster sauce was flavourful and complemented the crayfish really well. I loved how the vegetables gave some crunch to the dish and made it more interesting. The cheesy garlic bread was great as well.  All the food at Vapiano has a really fresh taste to it and gave me such a food coma that I had to lay down on the table (see above). I barely managed to eat dessert but I managed to make a little room.

The only thing that I probably wouldn’t order again was the anipasti plater because we didn’t eat it due to being so full from that pasta and the Aperol Spritz because as much as I liked it, it wasn’t my favourite taste (does that make sense?).

Thank you to the Vapino team for having me and the Vapiano Oxford circus for such great service.

See where the nearest Vapiano branch is in your area HERE.